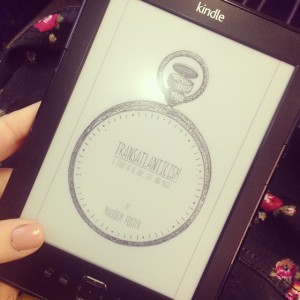 As part of my Reading Challenge I was required to read a book published this year and whilst this would have been a fairly easy task, I wanted it to be something pretty special. So when my friend and fellow podcast partner in crime told me he’d finally finished his first novel and had it published this year, it seemed that serendipity was playing a part.

Transatlanticism follows the story of Tom who upon attending his ex girlfriend’s New Years Eve Party finds his world turned upside down when he meets the beautiful Laura. The two share a truly special evening; they connect with each other over everything from their favourite music, films and books. Sadly fate has other plans in store, Laura is going back to the States in a few days. Tom feels his world crash around him.

Fast forward 10 years and Tom is in a relationship that isn’t going anywhere, he feels no real connection with Alexa, and when his life seems to go from bad to worse he turns to music as a way of healing himself. During this time he begins to run a successful website that highlights unknown music acts, he begins talking to a mystery girl and she soon embodies his every waking hour.

Tom decides to do some traveling and travels to the US to see some of the bands he has covered on his site, and then through a crowded room he sees her. I’d like to say I was being biased here as Malcolm is my friend, but I’m really not. He has a true skill for writing and with this novel he has created something frustrating, warming and heart breaking in equal measure. There are some typo’s (which is largely down to a rubbish friend not proof reading the novel as she promised him she would – that person may be me and for that Malcolm I can only publicly apologise) Typo’s aside it is a little gem of a novel and the great thing about this is Malcolm has also put together a playlist which readers can listen to whilst reading. Which makes this a truly immersive read, as well as something of a musical education.

A funny, thoughtful and promising read from one of the genuinely sweetest, most hard working people I know.

‘We might be dead tomorrow, he tells me, so today we must treasure all that we love as vibrantly and as proudly as we possibly can.’

You can grab a copy of Malcolm’s book from Amazon.co.uk and you can access his playlist to work alongside the novel via Spotify.